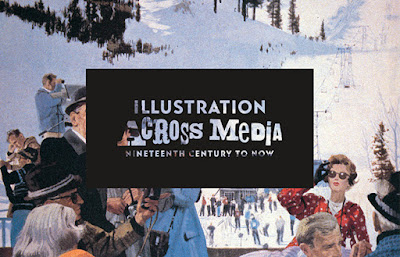 Organized by the DB Dowd Modern Graphic History Library and the Norman Rockwell Museum, this symposium brings together scholars from across the humanities and the arts to explore the history, context, and theory of illustration in the United States from the nineteenth century to now.
As a set of practices and a cultural force, illustration emerged in the nineteenth century as a new and distinctly modern phenomenon. A vital component of the visual cultures of advertising, design, publishing, and entertainment, illustration is omnipresent in modern America. Yet its historical, contextual, and theoretical specifics—from modes of production, distribution, reception, and repetition to mandates of communication and consumption—remain relatively unexamined by scholars, art critics, and practitioners. Likewise, a taxonomy of the field—shared definitions of illustration, for example—is lacking. This symposium aims to bring together scholars and researchers across multiple fields including art history, history, visual and material culture studies, American Studies, consumer studies, book arts, childhood studies, literary criticism, media studies, and more who would like to join others in constructive conversations focused on developing the emergent field of illustration studies. REGISTER HERE. The deadline for registration is Friday, March 15.
https://library.wustl.edu/spec/mghl/symposium2019/

Posted by Roderick Mills at 17:47 0 comments 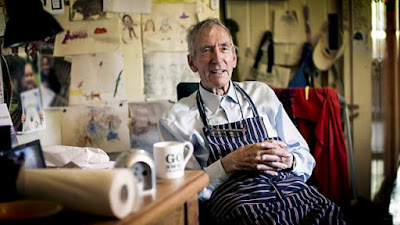 Forty years ago, Raymond Briggs used a pot of coloured pencils to create The Snowman, a wordless book of illustrations which would inspire the film enjoyed by millions of British households every Christmas. His timeless story of the friendship between a young boy and a Snowman continues to delight generation after generation with its effortless blend of warmth, humour and sadness.
After creating an instant classic with The Snowman, Briggs disturbed a generation with his anti-nuclear story When the Wind Blows, enthralled kids and adults alike with Fungus the Bogeyman and Father Christmas and, in recent years, moved readers to tears with Ethel & Ernest, a touching account of his parents' life story.
Raymond Briggs has been celebrating the ordinary and making it extraordinary for five decades. And the characters he has created have been both popular and influential. As Nick Park says in the film, he couldn't imagine Wallace and Gromit without the experience of reading Briggs's books. This playful, moving and often emotional portrait is told through interviews with Raymond, specially commissioned animation illustrated by Chris Riddell, and contributions from friends, colleagues and admirers, including Andy Serkis, Nick Park, Steve Bell and Posy Simmonds.

Posted by Roderick Mills at 12:51 0 comments 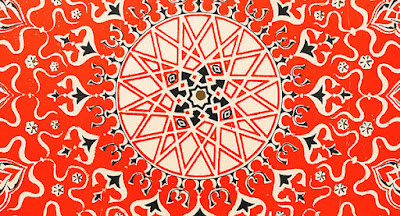 :The Pleasures of Pattern

The 9th International Illustration Research Symposium
Anglia Ruskin University, Cambridge, UK
November 17-18th, 2018
​
This two-day research conference explores the nature of pattern and ornament within the context of illustration, printing and publishing and explores ideas and asks questions around its current state of appreciation, meaning and usage. Within the context of practice based research, international researchers, academics and practitioners will present their work and discuss their ideas.
Alongside the conference there will be a Research Exhibition, featuring a collaborative installation by the graphic designer  Hansje van Halem and  printer/publisher Jan de Jong, as well as the research practice related to pattern and ornament of 13  contributing artists.
​
​
confirmed keynote speakers
Following a degree in History of Art from Cambridge, Alan received his doctorate on Architectural Education in Britain 1880-1914. He is a prolific writer for magazines and author of numerous books, amongst others Enid Marx, The Pleasures of Pattern 2018),  Eric Ravilious: Imagined Realities (2003), Front Cover: Great Book Jacket and Cover Design (2006) , Children's Book Covers, Great Book Jacket and Cover Design (2003). He has curated popular exhibitions, including Enid Marx: Print, Pattern and Popular Art, House of Illustration  (2018); Eric Ravilious, Imperial War Museum (2003); and Eros to the Ritz: 100 Years of Street Architecture, Royal Academy (2013).
As professor of architecture and cultural history at the University of Greenwich, Alan taught architectural history and theory for undergraduate and diploma courses from 1999-2012, and has been a frequent external examiner for PhD and other higher degrees.
​​
Twemlow earned a Ph.D from the History of Design program run as a joint venture by the Royal College of Art and the V & A Museum in London. She has been a guest critic at the Yale University School of Art, Maryland Institute College of Art (MICA), and Rhode Island School of Design (RISD). In 2006 Twemlow became the chair and co-founder of its Master of Fine Arts in Design Criticism.
Alive Twemlow is a prolific writer and has written for amonst others Eye, Design and the New York magazine  Twemlow and contributed to online publication such as Voice and AIGA Journal of Design.
Twemlow is currently head of the MA in Design Curating & Writing at Design Academy Eindhoven, Lector Design at the Royal Academy of Fine Arts (KABK) in The Hague and Senior University Lecturer (guest) at Leiden University
​
​
Ornament : a thing used or serving to make something look more attractive but usually having no practical purpose  . Verb: to make (something) look more attractive by adding decorative items.

“Ornament is no longer a natural product of its culture, and
therefore represents backwardness or even a degenerative tendency.”

In 1908 Adolf Loos declared ornament to be a  'backward' and 'degenerate' activity, counter to the utopian, ‘rationalist’ aims of the modernist movement, and called for it to be criminalised. This puritanical stance towards the decorative can be seen as a historical echo of the protestant Reformation in Europe which conflated decorative imagery in churches with corruption and decadent idolatry; the whitewashing of devotional spaces enacted as a form of moral cleansing. In contrast to this fraught relationship with ornament, the Islamic tradition of non-representational art puts great store in the rhythm and mathematics of pattern to express transcendental truths.

This year's Illustration Research Symposium seeks to draw together a range of perspectives on ornament and ornamentation, and its close relatives pattern and the decorative, to explore the resilience, continued value, significance, application, and creation of these cultural forms; celebrating their centrality within human life and cultural production, both past and present, and (speculatively), the future .

Speakers  explore the cultural importance of pattern, ornament and decoration. We begin from the observation that what is so often missing is the significance  – the meaning – of ornament, which has become lost or eroded, but was once all-pervasive.

The multiple practice-based and theoretical lenses invited to explore the topic, are firmly situated within an expanded definition of illustration, as the place where ornament historically resides as a form of visual production. However, we also have invited contributions which embrace the widest range of cultural, creative and technological perspectives  on ornament , including applications of ‘the ornamental ’  found within design, typography, architecture, and ‘other’ contexts.

To decriminalise ornament, is to place it back at the centre of human life, and not at the margins, where it has too long been banished as an unwanted and non-functional excess ; instead celebrating the pleasures of pattern, and our ongoing desire for the decorative.

Hiii Illustration 2018 International Competition call for entries. The competition open to all illustrators, creative professionals, publishers, agencies, representatives, students and teachers from all the world. The Competition has two categories: the Commercial and the Noncommercial. Several international well-known judges will select the winners, consisting of 1 Grand Prix, 20 Best of the Best, and 50 Merit Award. Works that win Grand Prix, Jury Awards, Best of the Best or Merit Awards will be published on the annual of Hiii Illustration. 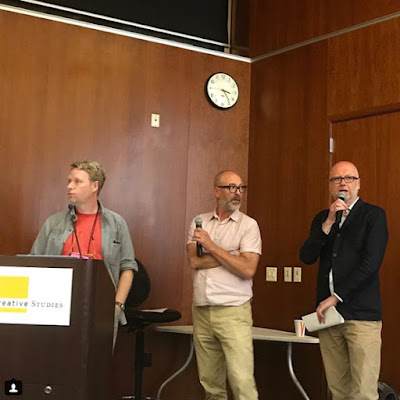 Posted by Roderick Mills at 20:56 0 comments 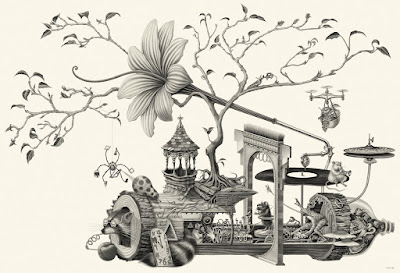 Posted by Roderick Mills at 15:34 0 comments